Get this product now at a discounted price! 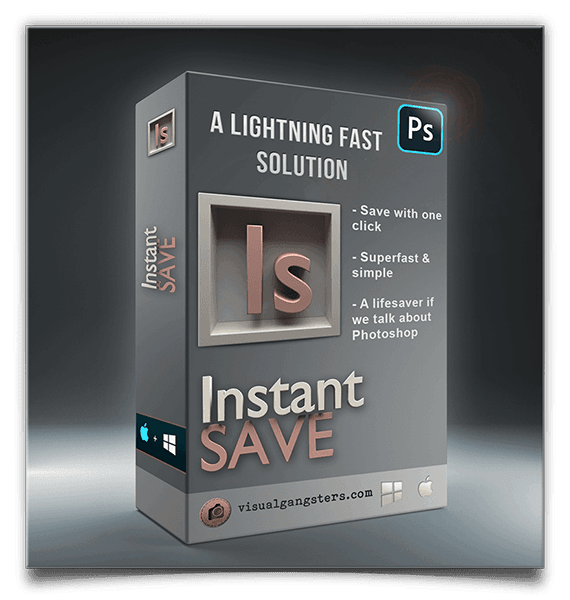 One click “Save As …” solution for Photoshop. It helps simplifying Photoshop’s frustratingly long saving process, made up of 4 to 5 steps, to 1 single mouse-click.

INSTANT SAVE is one of our proprietary Photoshop extensions that speeds up and simplifies saving of image files to a stunning degree!

Once you try it, you don’t understand how you could live without it before that!

With a 20-day money back guarantee

Instant Save – an ultra fast ‘Save As …’ solution

Recommended for you if you: 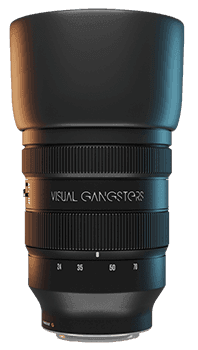 This is what the panel looks like in Photoshop 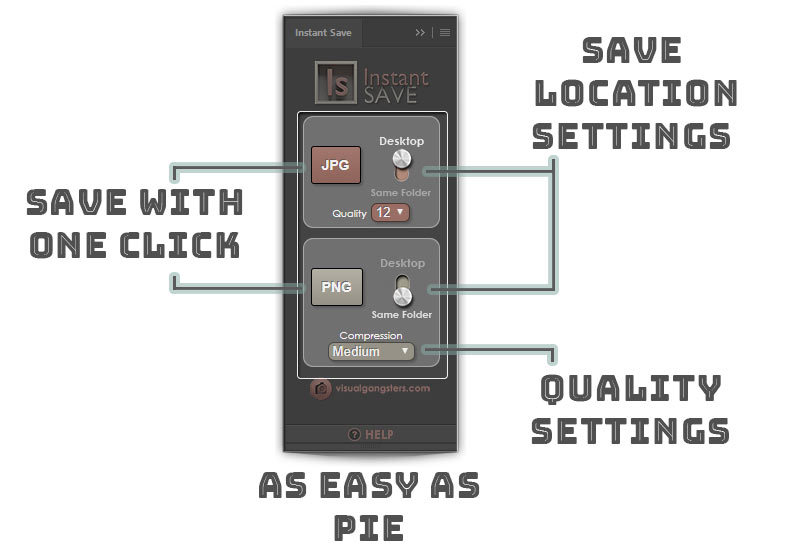 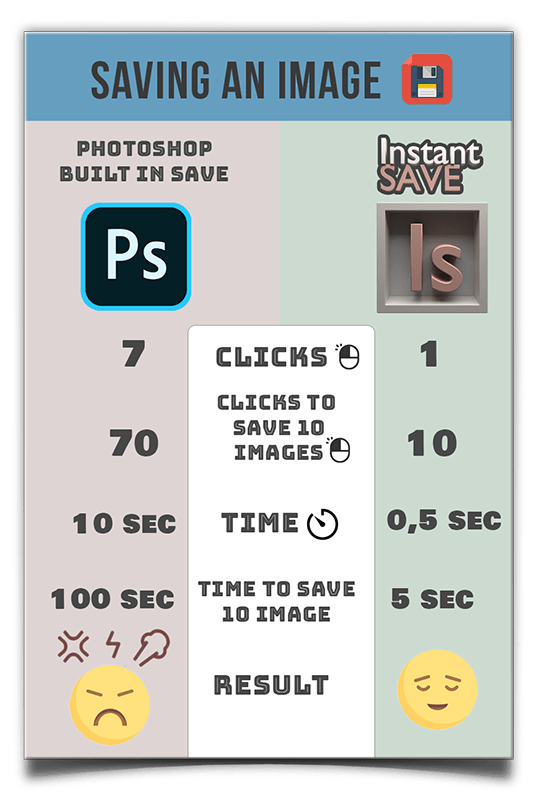 Please click and view the image in large size

Instant Save – an ultra fast, one click, ‘Save As …’ solution

In the attached picture you can see how much time and effort our software will save you!

Highly recommended if you work regularly with images and Photoshop.

You can save up to hours a month.

“You just push the button and we do the rest” 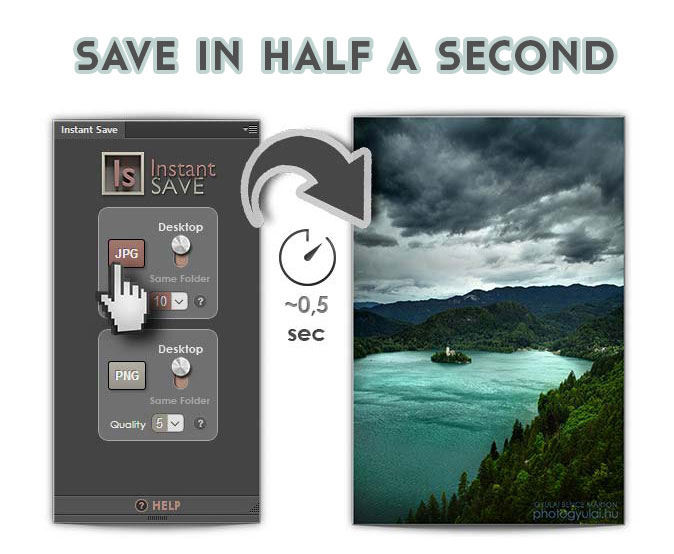 You can choose our Pro photo bundle including One Online Course + 3 plugin for a very reasonable price! 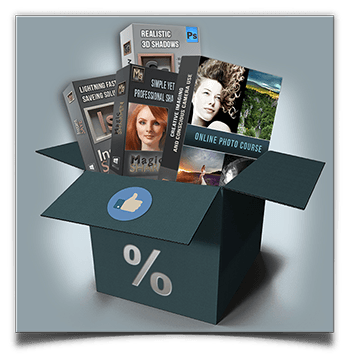 Get our Instant Save plugin for a
SALE PRICE!!

You can choose a bundle including all of our plugins for a DISCOUNTED PRICE!! 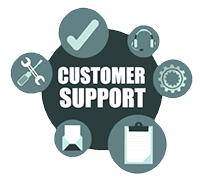 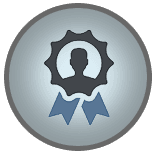 This is very simple:

20 calendar days, we pay back the price of concerned products without asking any questions!

Why it is worth buying from us 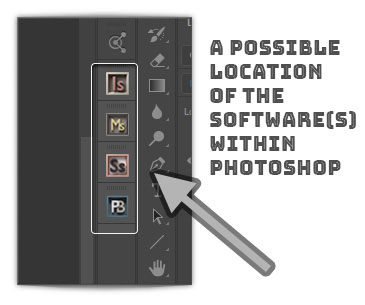 Please click and view the image in large size 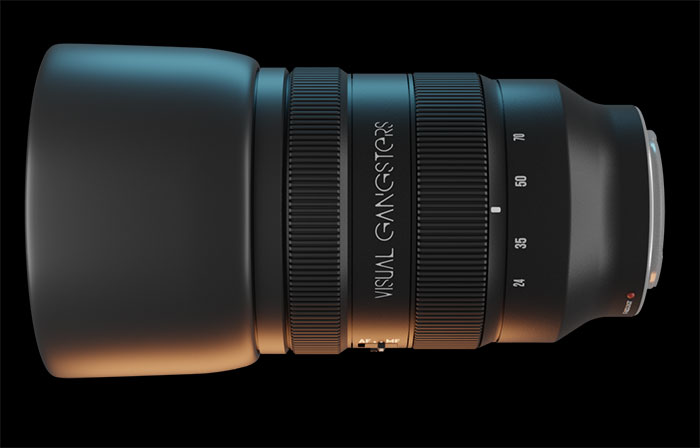 Is it worth its price?!

Let us show you an example >>

The Photoshop extension known as “TinyPNG” has 50% of the skills our Instant Save extension has and it’s not as easily available.

This tinypng Photoshop extension costs about €65.

Our price is between 15-30 USD depending on the actual discounts and sales!

Now we leave it up to your judgement whether buying our product is a good deal for you!

If you want to have all our products for a lower price >> check out our bundled offer!

How to buy and install the product

Question: Can I use it on Windows and/or Mac?
Answer: Yes our software is compatible with both operating systems

Q: “My Photoshop isn’t legit. Will I be able to use the software?”
A: Yes, you will be able to use it. You can use our system regardless of whether it is installed on a licensed system or not.

Question: If a new Photoshop version and a corresponding VisualGangster plugin is released within the 1 year period from the date of purchase, am I allowed to update to it?!
Answer: Yes! Any updates we release within a one year period can be downloaded, installed and used.

Question: Can I use the purchased plugin after the 1 year period with the Photoshop I had been using it with “originally” (within the 1 year period)?!
Answer: Yes! Each plugin is compatible with specific versions >> this won’t change after the one year period and we won’t disable the user’s license either, you just won’t be able to download new releases for newer versions

Question: If a new Photoshop version OR a corresponding plugin is released after the 1 year period from the date of purchase, am I allowed to update to it?!
Answer: NOT for free! However, you’ll have the option to renew your update license.

And you can always check for more info: 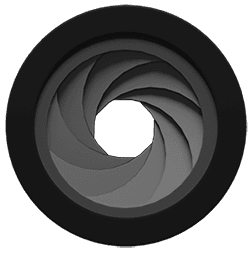 What the heck is a PLUGIN?

To put it very simply, our software is an official Photoshop “extension”. Once you install it, our software’s skills are added to those of the main program and it gets its own panel within Photoshop – see the images!

OFFER SUMMARY FOR INSTANT SAVE PLUGIN

You can choose our Pro photo bundle including One Online Course + 3 plugin for a very reasonable price!

Get our Instant Save plugin for a
SALE PRICE!!

You can choose a bundle including all of our plugins for a DISCOUNTED PRICE!! 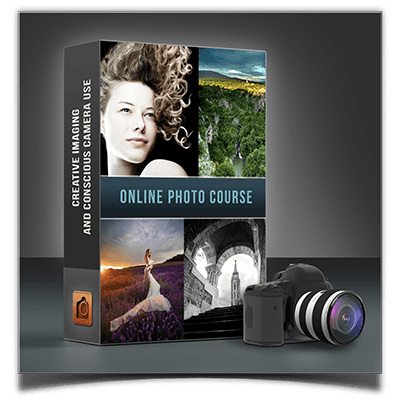 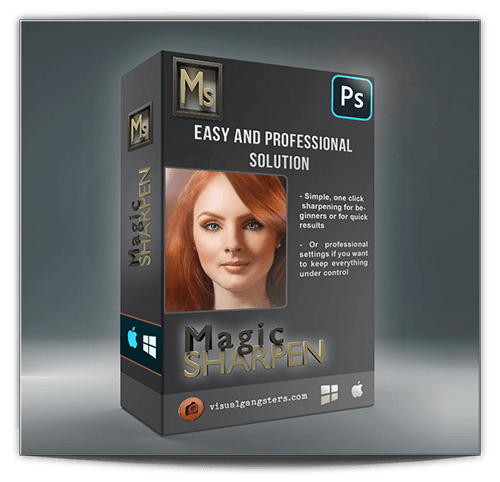